The relationship expert added to her tattoo collection and she filmed the process.

Okoro pay tribute to her sons; Darel and Bryan as she etched their names on her arm. She also added a quote by Denrele Edun which reads;

Along her collarbone, she tattooed the words, “My people perish for lack of knowledge.”

There is also a large tattoo on her back, just below her neck.

And that’s exactly what my Spirit Animal @officialblessingceo TATTOOED on her arm (right next to her sons’ names; Darel & Bryan).

WHAT A STUPENDOUS HONOUR!

Blessing and I are both M.A.D!

And just when you think you’ve reached the bottom of our Madness, there’s a CRAZY Underground Garage!

ONE OF THE BEST VALENTINE GIFTS I’VE EVER RECEIVED!

BLESSING! You’re my Spirit Animal, not only cos you INKED my name on your Arm but cos Souls like me are watching and drawing nourishing energy from you, not just to feed ourselves but to process it and shamelessly, proudly and colourfully release it into this world!” 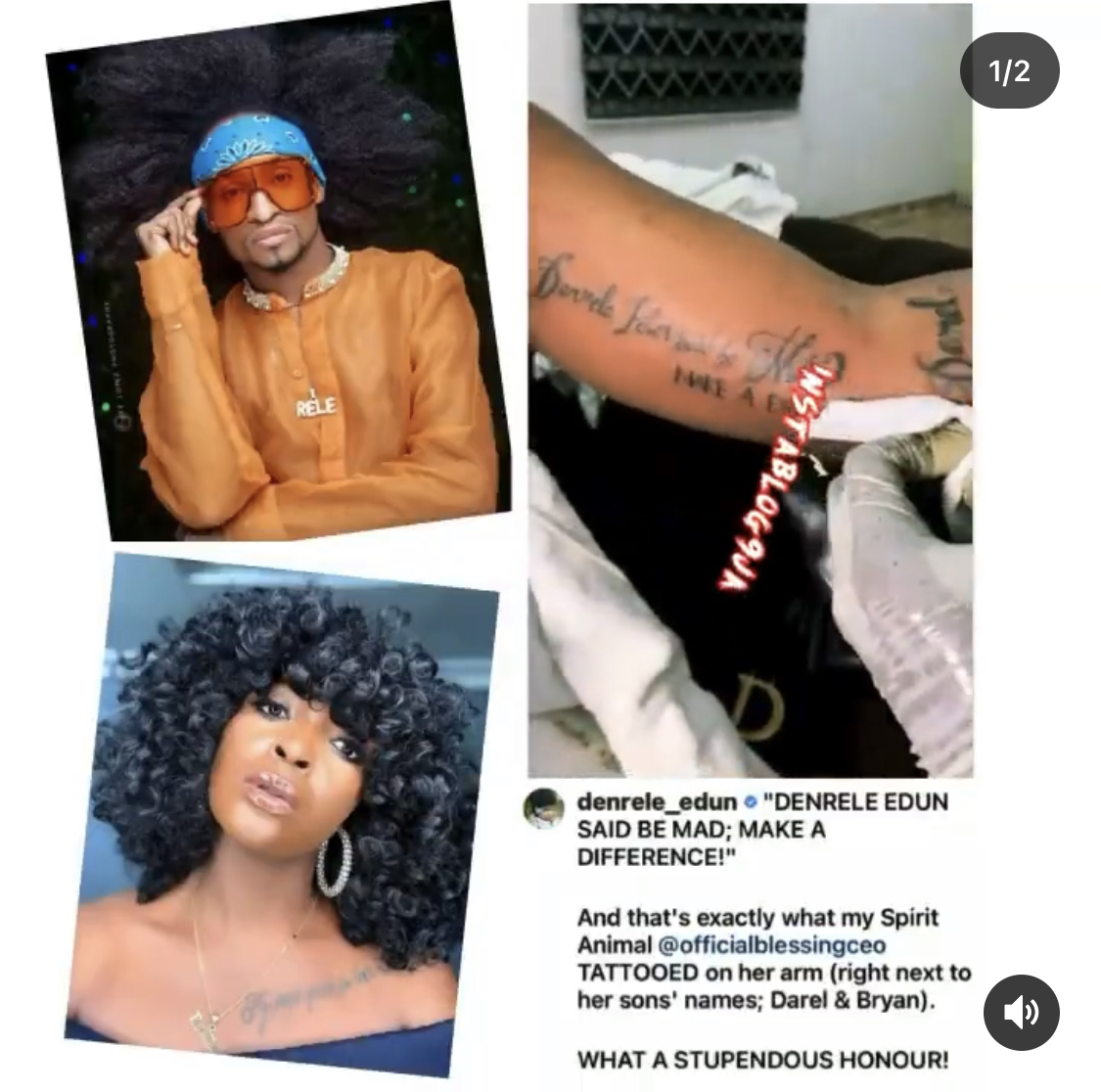